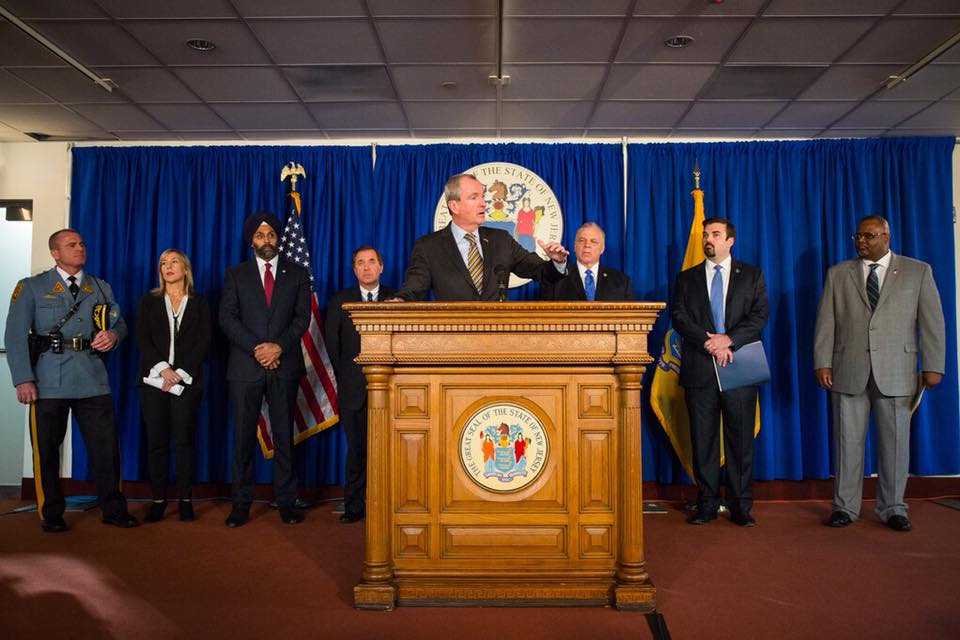 Middlesex County’s safest municipality is changing the way it protects the students and staff during the school day.

In a statement from the Monroe Township government, the Police Department will have off-duty officers serve as armed security guards at the district’s eight schools, in the wake of the mass shooting on Feb. 14 at Marjory Stoneman Douglas High School in Parkland, Fla., killing 17 students and staff and injuring 15 others.

The off-duty officers would be an addition to the security teams the district already employs.

“We are one united community and the safety and security of our children is paramount,” Mayor Gerald Tamburro said in a statement released Thursday. “Working with board President Kathy Kolupanowich, I am pleased that we are able to effectuate this interim plan immediately and help address the safety and concerns of our teachers, parents and students so that their focus can remain on learning.”

The interim plan between the district, police and government announced at Wednesday night’s Board of Education meeting came a day after education officials held a public forum to address campus safety. During that Tuesday night meeting there were numerous requests from community members to have armed guards patrolling the schools during the day.

“Things have changed over the years. Our airport security has tightened. There is the horrific shooting in Florida, Sandy Hook [Newtown, Conn.], … going all the way back to Columbine [Colorado] has provided the impetus to provide more security,” Superintendent Michael Kozak said on Thursday. “[Security] has been evolving over the years, and we want to protect our students and staff as best as possible.”

In a letter to the community on Wednesday, Kozak said he would advise that the Board of Education’s policy committee review the current security regulations, and work with Township officials and the Police Department to come up with new recommendations to enhance safety.

Kozak maintains that the district provides a safe environment for the students and staff despite some residents saying education officials aren’t doing enough for campus safety.

“Security measures in the district are comprehensive, although we are always looking to improve the protection of our students and staff,” Kozak wrote in his letter on Wednesday. “We follow all state guidelines and recommendations to provide a safe and secure learning environment for the students and staff.”

Since the Parkland mass shooting, Kozak said the district did start a review of current security measures. While he would not go into specifics, he said the district does employ typical standards such as video surveillance, ID checks and locked doors during school days.

Following the Parkland shooting, the district, similar to other school systems, found itself investigating a possible threat that originated on Facebook. The threat ultimately proved to be false, but reached high enough levels to warrant a review.

“This is all coming out of the reaction from Florida, which is a tragic, horrific event,” Kozak said in an interview last week. “We encourage parents to report things that are suspicious to us and we will investigate and that’s what we will continue to do.”

Monroe’s move to add armed security guard to protect schools is the latest effort using that method in New Jersey following the Parkland shooting. The East Brunswick Board of Education recently voted to use armed security guards at its 11 schools and earlier this week, as part of a plan announced by Governor Murphy, the state police will make regular and unannounced visits to the 107 schools within their areas of responsibilities.

“As the spouse of an elementary school educator and a parent, I cannot imagine what the community in Florida is going through,” said Monroe Township Council President Stephen Dalina. “Schools should be a safe place and having these officers in each of our school buildings will help ease the anxiety and fears our students and parents have expressed.”

While the off-duty officers provide armed security, the district’s Policy Committee will work to amend its current regulations to allow for the district’s security staff to assume the armed protection.

Kozak estimated that the district would use the off-duty officers for about two months, which is the time it would take to get a new security policy approved and address any other legal issues to have armed security guards employed by the district.