It was a windy, cold morning, but that did not stop Monroe High School students and staff from walking around the building for 17 minutes to show their solidarity with the Parkland, Fla., community and promoting campus safety on a day that was billed as National Walkout Day.

The 17-minute walkouts at schools nationwide on March 14 come just days before a national protest in Washington D.C. and other locations. The intent is to pressure Congress to pass meaningful gun legislation after 17 students and staff were killed at Marjory Stoneman Douglas High School one month ago.

Though, most of the schools participated in the walkout’s official 10 a.m. start time, Monroe opted for 9:45 a.m. and wanted a more organized event to ensure student safety while letting them express their opinions in a non-partisan environment.

“I loved the way that we all came together because a lot of politics usually divides people and the way we made this non-partisan allowed us to be unified,” said Kiera Sears, a senior and one of the four students who organized the peace march. “I like the fact that we were not only showing unity but also peace.” 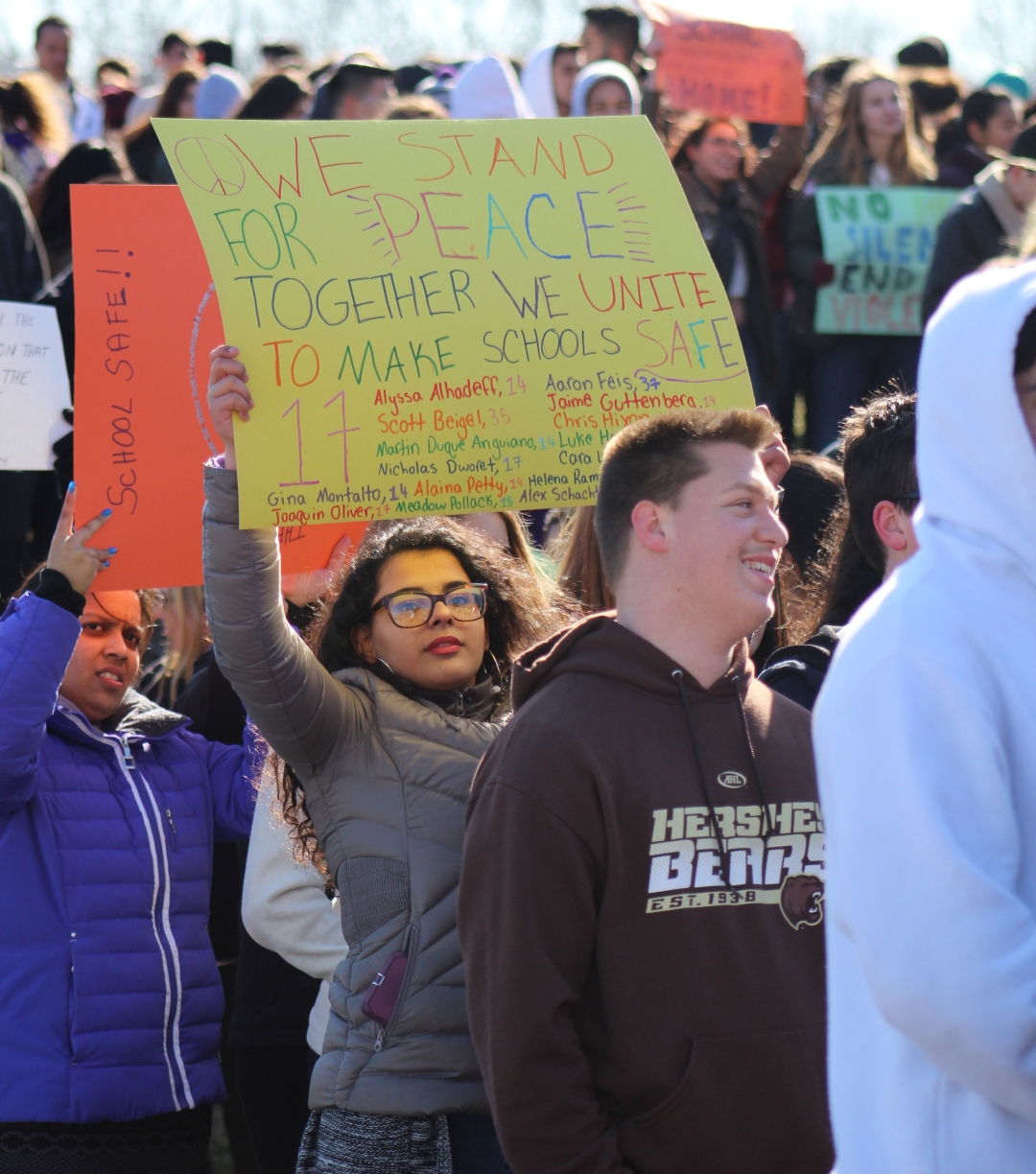 Many students held signs calling for peace, thoughts and prayers were not enough and the now widely known #NeverAgain campaign as they walked around the building, while the district’s security force and Monroe Township police officers protected the scene.

“To make it non-partisan really shows the power that student activism can have,” said Pranav Mallampalli, a senior and event organizer, “and the voice students can have especially when going out showing support for peace.

The Monroe event differed vastly from others happening. Students or staff did not make any public speeches, the only chatter came from students while walking, many of whom were wearing white as a symbol of unity.

“I think it’s really important because we made this a non-partisan event because as soon as you make it a political event people start to ignore what I think is the most important part: Feeling unified as a student body against violence,” said Sahil Parikh, a senior and event organizer. “Honestly just having not only that support system together, but having that feeling of community is something we don’t often have.” 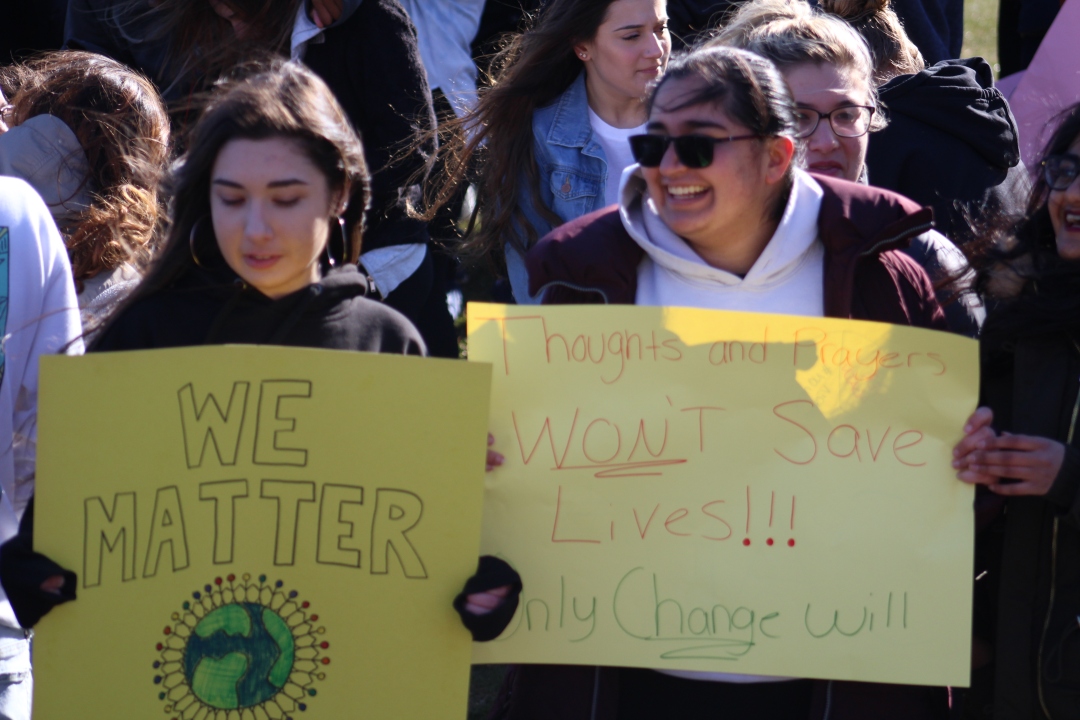 Two students display the signs they created for the march. (Christopher Lang/Photo)

The voluntary participation event had been in the planning stages soon after the Parkland shooting. High School Principal Robert Goodall said after meetings with students, district leaders and public safety, the march for peace was developed as a way to “help the kids in Florida and other communities that have suffered a tragedy like you saw in Florida.”

What was being planned at the high school, was also happening in some form at the district’s other schools. Age-appropriate programs were created to allow those students to participate. Of note, at the middle school each grade delivered a message through an organized activity.

Peace march organizers Kiera Sears; Hanna Touri, senior class president; Sahil Parikh and Pranav Mallampalli after the March 14 peace event. The students discussed why they felt the event was important. ‘I was so amazed and appreciative of the fact that we did this, especially at the school,’ said Touri. (Christopher Lang/Photo)

The eighth-graders walked inside the gymnasium and also on the eighth-grade floor – depending on their schedule, while the sixth- and seventh-graders picked up their pens.

Sixth-grade students, by class, came up with 17 things they hoped for in 17 minutes, while seventh-graders created quotes to overcome stress, tragedy or difficult times.