For Shaun Hluchy, farming is life. Since he was a young boy, working the fields with his brothers and father it defined his upbringing in Monroe.

Back then, he remembers stacking hay and other tasks critical to keep the farm alive and prosperous under the leadership of his dad, Robert Hluchy, Sr.

“If you lived in the house free of rent, according to my father, everybody had to work after school and on the weekends, on Saturdays and Sundays,” Hluchy said. “Every once in a while we would go to church, but he told me he saw god every day that he worked so he didn’t need to go sit at church. He was funny about that.” 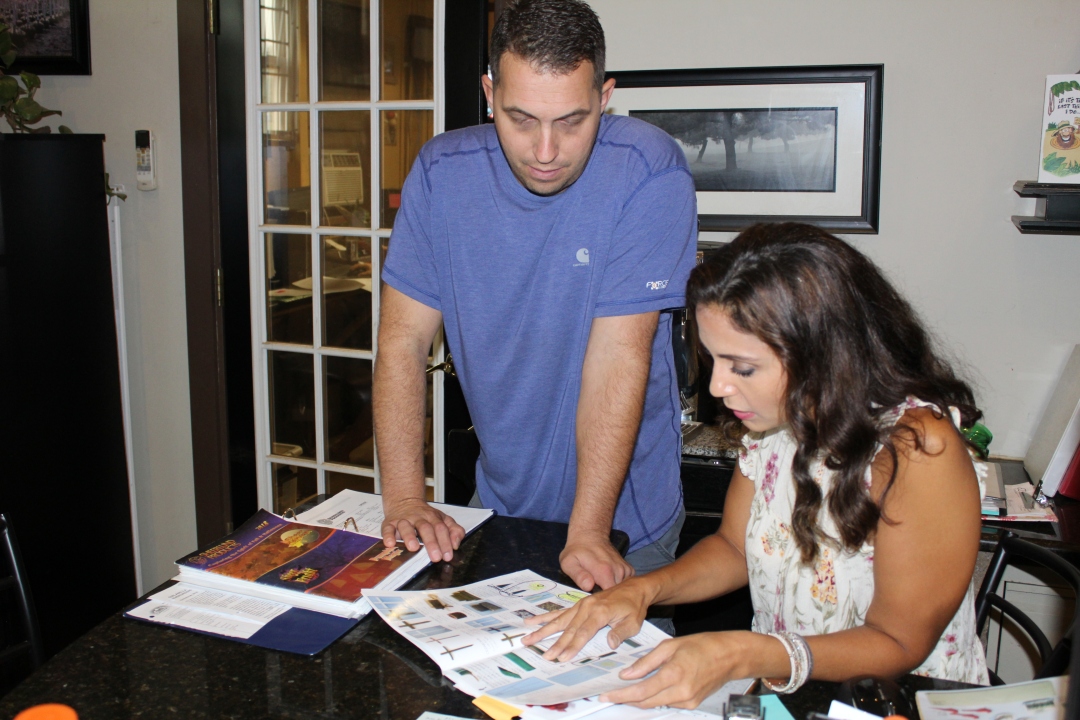 It’s the life of a farming family. And in the Hluchy’s case, it spans four generations. It may sound tough to some and perhaps it certainly was at times for children to handle the physical labor entwined with farming.

But to see Hluchy now, from that little boy who once sold greenery with his twin brother, Bill, on the street, to now helping to run more than 800 acres of farmland and nurseries in two states under the Tidbury Creek Farms Nursery brand would suggest those lessons as a kid have paid off.

With more than two decades of experience, and only just in his mid-30s, Hluchy received the honor of being named Middlesex County’s farmer of the year by the Board of Agriculture. He officially received his award in August during the Middlesex County Fair, which sets aside a portion of its multiday event to recognize the important contributions farmers make to the county and the world-at-large. Earlier this month, the accolades continued when the Monroe Township Council presented him with a proclamation for receiving the farmer of the year award.

“This award is important to me because I feel appreciated for my services to agriculture through numerous years of working on the farm, watching the farm grow,” he said. “I appreciate many of the people coming out and thanking me for my service to keep Middlesex County green through different facets of agriculture.”

Hluchy learned much about farming from his dad. It was also his dad who nudged him toward earning a degree in 2005 from Rutgers University’s Cook College in environmental planning and design.

“As a kid we would take these rides to South Jersey,” Hluchy said. His father saw a changing trend by farmers delving more into creating nurseries to cater to the residential growth that was just beginning to bloom. “He said, ‘Hey, I think this nursery thing is going to be a good thing. … I want you to learn everything you can about this nursery.’”

In 1992, while many children around Hluchy’s age were selling lemonade from a roadside stand, he and his twin brother, Bill, opened up their first roadside nursery stand. He recalls making probably $300 that day. The money wasn’t important, but the concept and experience were.

That nursery stand would mature into a sustainable business model over the years combining farming and nurseries that would eventually be run by Hluchy with brothers Bill and Bob.

“We made that little stand in 1992, then we added a little display on the property,” he said, referring to the site at 313 Spotswood Gravel Hill Road. “At first I started handling the retail side. Everyday after school [and] on weekends, I would draw makeshift landscape designs for free for customers. I did whatever I had to do.”

And it was what he loved to do.

Sadly though, Robert Hluchy, Sr., would not get to see his son flourish. While enrolled at Cook College, the elder Hluchy died. But aside of leaving him decades of farming knowledge, he also left his son with a strong mentor in Don Johnson, Jr., of the Johnson Farms in Deerfield.

“[The Johnson’s] had a 1,000-plus acre nursery. And when my father passed while I was going to Rutgers, Don Johnson took me to a lot of people and vendors and introduced me to a lot of good people in the industry, people who had a lot of knowledge and experience,” he said. “That got me going, it got me moving.”

Though Hluchy no longer lives in the family home he grew up in and which is the center of the Tidbury brand, he and his wife, AnnMarie, still call Monroe home – just on the other side of town. There, the two raise triplet toddlers while managing the day-to-day operations of the farms and nurseries.

The two have a long history. They knew each other in high school. AnnMarie is quick to point out if it wasn’t for that initial relationship, though not dating, they would not be together today. It was while Hluchy was at Cook and AnnMarie at Douglas the two started to date.

But marrying a farmer? That was not something AnnMarie thought would happen.

“No … No … No … but since I did marry him, it’s been an all-encompassing lifestyle,” she said. “It’s not something you don’t separate. You’re kind of meshed in it. Everything revolves around the farmer and the land and the material that you’re growing. Even if you want to go out to the beach you have to check the greenhouse and water and make sure everything is going properly. It’s a lifestyle. You’re very tied to the land and it’s something you have to respect.”

What’s next for the Tidbury brand? Hluchy has some ideas, but was understandably hesitant to provide details. It is Middlesex County after all where there are still plenty of farms. But one detail he did divulge is improving the nursery.

“I want to make it a premier nursery. Years ago there was Princeton Nursery, that was the big name where people could go,” he said. “That’s what I am currently and actively developing under the Tidbury Creek enterprise. And I want to keep it going that way.”

“I never thought that as a kid when you’re sweating in the field that it would be appreciated,” he said. “And I think it’s appreciated more now because there are less and less farms.”