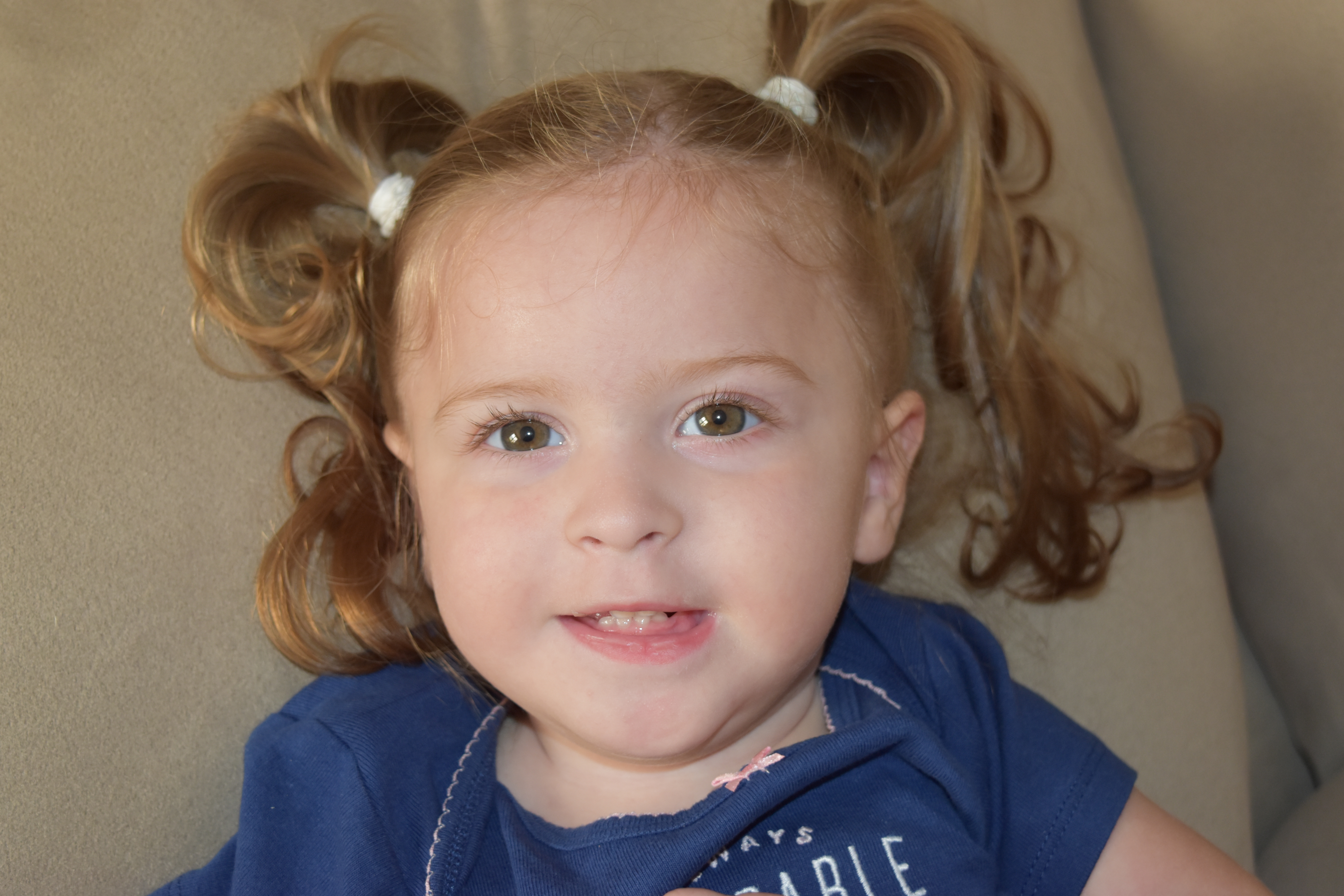 CRANBURY – In 2016, the D’Aria family had to deal with the death of their nearly 3-year-old daughter from a rare disease that appears soon after birth.

In 2019, this Cranbury family is turning Giuliana’s passing into a positive and a lasting memory through donating items representative of her brief time on this world.

Over the last 12 months, the family donated a swing set, musical instrument and bench to Heritage Park. On July 17 at 9:30 a.m., the township will hold a dedication ceremony for the items in honor of Giuliana, and also recognize the date as Giuliana D’Aria Day.

“We donated the swings and the musical instrument and the park bench and stuff for the park. And then they told me they named a day after her, so it was really touching,” Gianna D’Aria, Giuliana’s mother, said on Monday. “I was really emotional about it. I didn’t know they were going to do it. I didn’t expect it. It means a lot. It means that she is going to be remembered in another way. It just made me emotional and happy in a good way.”

Shortly after being born, Giuliana was diagnosed with Leigh syndrome, a severe neurodegenerative disease with no known cure or treatment. Two weeks shy of her third birthday, Giuliana died from an infection – the disease prevented her body from fighting back.

‘She was just a happy little girl. She was always smiling and laughing. She had the greatest little belly laugh and just giggle hysterically.’

The disease can cause weakness and lack of muscle tone, movement disorders and other complications that may also lead to “impairment of respiratory, heart and kidney function,” according to NIH.

“Early symptoms may include poor sucking ability; loss of head control and motor skills; loss of appetite; vomiting; and seizures,” according to the website.

She was just a happy little girl

Giuliana Grace D’Aria was born on July 6, 2013. She was the first of three children for the D’Arias, who have two boys.

While on a trip to Italy around Christmas, Giuliana was diagnosed with the syndrome after she became ill. Leigh syndrome, which is inherited, is typically triggered after a viral infection in infancy.

The D’Arias would return from overseas and take Giuliana to the renowned Children’s Hospital of Philadelphia.

In Italy, the doctors said basically, “there’s nothing you can do. Basically, they said don’t take her to a lot of doctors or try to find answers,” Gianna said. In the states, the message was different. “We got her evaluated at CHOP immediately. The doctor there was a lot more positive.”

But the D’Arias knew the truth, and perhaps that was a good thing, freeing them to enjoy the seconds with Giuliana.

According to the National Health Institute, some treatment methods are available based on the type of the syndrome, but ultimately most do not survive past mid-childhood or adolescence.

“She was just a happy little girl. She was always smiling and laughing. She had the greatest little belly laugh and just giggle hysterically,” Gianna said. “A lot of times she would just amaze us because she had so many doctor’s visits, so many things that were done to her and test and all this stuff. And she was always just smiling and happy.”

Gianna recalled a medical visit because she had a seizure, which was part of her syndrome. She said while Giuliana was attached to medical devices designed to monitor seizures she just started laughing.

She taught me to be grateful

It is more than three years since Giuliana’s untimely death.

While it was a tragic episode for the family, positives have come from it.

Gianna said the brief time she had with Giuliana taught her a few lessons about being grateful, enjoying life, and to appreciate all the moments because “you never know how much time you have. Something sudden can happen, so try to enjoy every moment.”

“With her, I tried not to put off things that I wanted to do with her,” Gianna said.

Some of those moments included times when Gianna was able to braid her daughter’s hair and make cookies together.

“We would make cookies together and I would explain to her this is how you do it,” Gianna said. “With my son when we make cookies, I’m like ‘stop touching that, don’t get flour everywhere.’ But she taught me not to take anything for granted and be grateful for what you have and just an unconditional love in a different kind of way.”

That love will be on display Wednesday when Giuliana D’Aria Day is recognized during the donation ceremony at Heritage Park.

Cranbury has just under 4,000 residents, it’s a small, but tight-knit community.

“It’s nice that they are supporting us, and it’s been very helpful,” Gianna said, who is a life-long Cranbury resident.

“As a father, my worst fear is something happening to my children. I cannot imagine the pain that Giuliana’s parents went through as they saw their daughter suffering and were told there was nothing that could be done,” Taylor said. “To me, that is the utter feeling of helplessness. If there is the possibility to recognize the strength of Giuliana and her family while helping her name to be remembered then we need to do all we can to make that happen. I am so grateful to see the strength of her family in donating the swing and equipment.”

It would take nearly three years of planning and coordinating, but the items special to Giuliana will officially be recognized and plaque installed as a reminder of who she was.

“I hope that other kids enjoy what was donated,” Gianna said. “I just want to thank everyone in town for allowing us to donate this stuff and also our friends and family who gave money to make this a reality.”