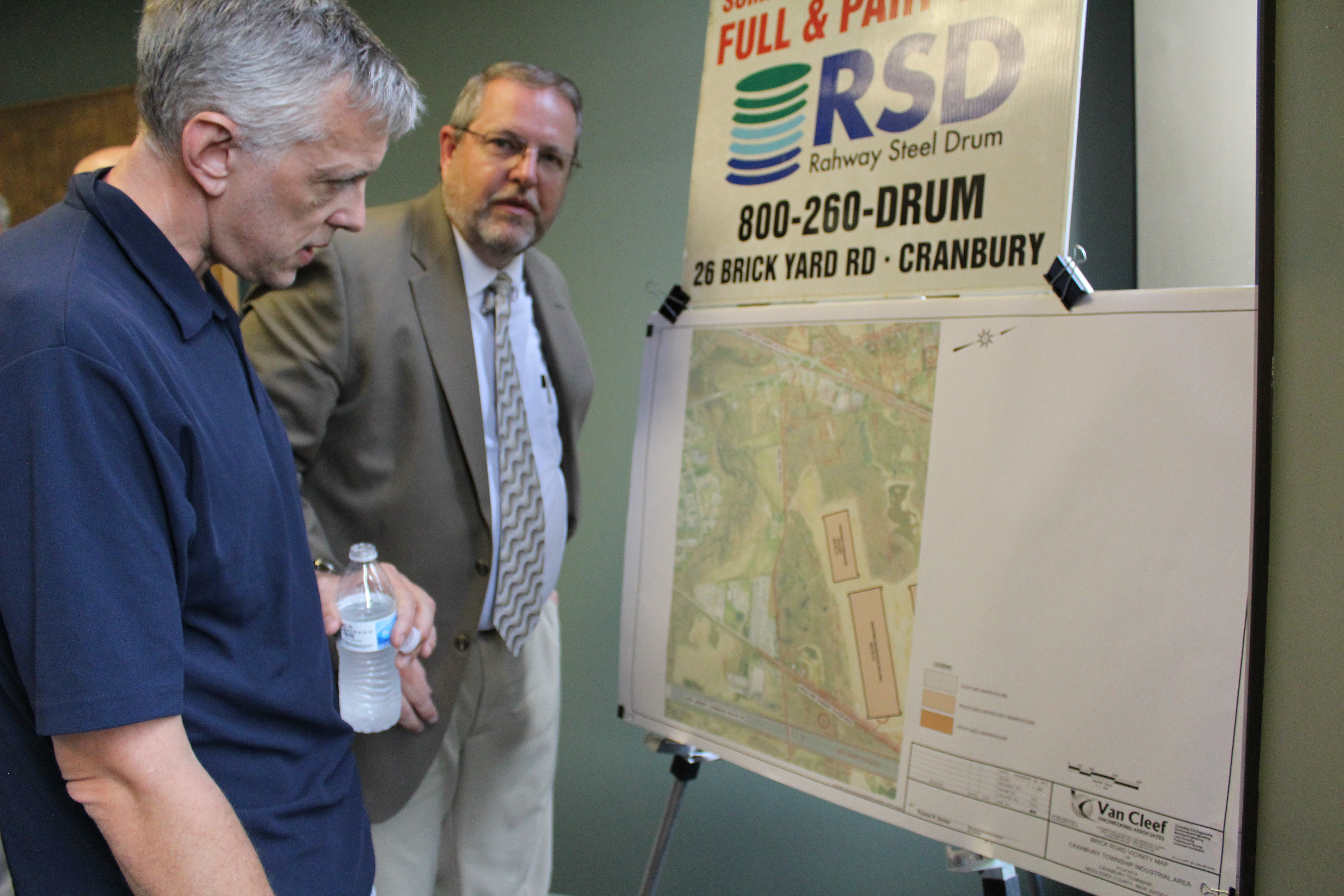 Through the Local Freight Impact Fund program, Cranbury will receive an additional $1 million from the state.

The state Department of Transportation this spring awarded approximately $570,000 for the road project.

Between the state grants and a $725,000 agreement with Amazon warehouse developer Veridian, Cranbury will have more than $2 million available to reconstruct Brickyard Road.

The road is in such horrendous shape that the township closed a portion of Brick Yard last month.

“Obviously the road has been deteriorating. … I’m sure the township is spending a lot of money on blacktop. It’s an unsafe condition,” said Rahway Steel Drum President Michael Foglia, which is located on Brickyard Road and hosted the grant announcement. “The inconvenience of it being closed now just because it’s so bad is nothing compared to what could be happening to people. Safety is always important to everybody.”

The area is home to several warehouses and distribution centers such as Amazon on Hightstown-Cranbury Station Road, which results in a lot of truck traffic on the two streets.

Officials touted the grant as a way to save taxpayers money but also by investing in infrastructure it will lead to more jobs and an improved roadway system.

“This not only helps the Cranbury taxpayers,” said Mayor James Taylor, “… it also helps to prove that the transportation subcommittees, that the Legislature all really care about the economic value about making us a vibrant employer of choice not only in New Jersey but in the country.”

The state received 59 applications for that grant. Cranbury was one of 25 to receive funding.

“Improvements to this roadway are sorely needed and this grant is a prime example of using [Transportation Trust Fund] money in the way it’s intended; to take the burden off of local taxpayers and achieve safety and greater mobility along the local roadway system,” Benson said.

At this point, there is no timeline when the project will start. Officials still need to complete procedural steps before submitting bids, which will determine the actual cost.

Once completed, officials believe it will benefit local traffic once truck drivers become more accustomed to the repaved road.

“I expect Brickyard Road to become the preferred route not just from the south but from the north it will be much easier to get to both Amazon and Wayfair that way than to come down station road or through another part of town,” Johnson said.

The project will include a full reconstruction of the road, with the ultimate goal to improve truck access, route and travel on the local street system.